In case you missed it, the new schedule for the 2022 VALORANT Champions Tour has been announced in brief fashion. Shortly before the finales of the VCT 2021 between Gambit and Acend, Riot shared an image detailing a new tournament circuit as well as a condensed schedule for the VCT 2022 season. 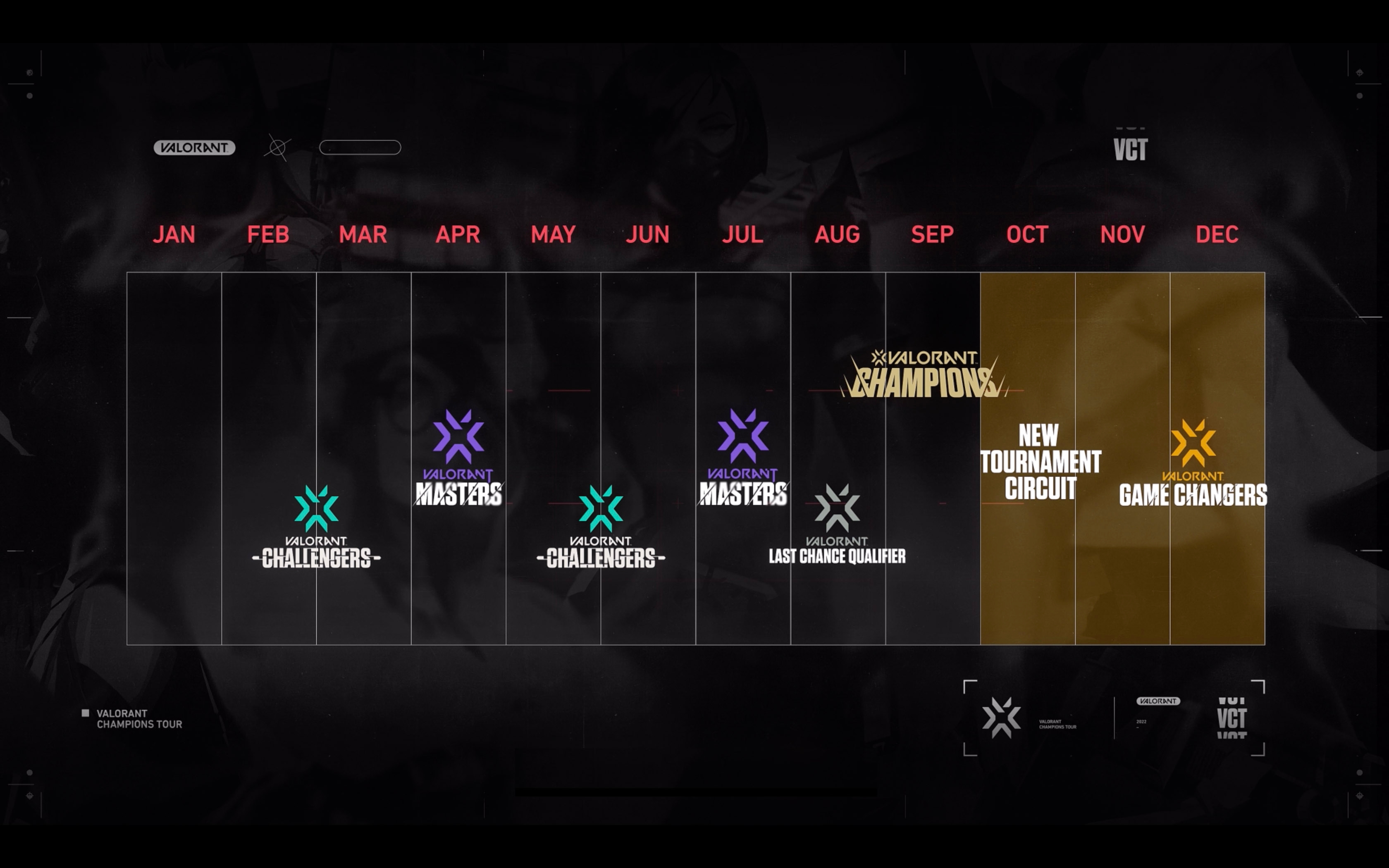 Most notably, the tournament no longer extends well into the end of the year like it did in 2021. Taking the place of the end of tournament, will be a new, unannounced circuit to allow more matches between teams. Between the finales of the Champions Tour and the Game Changers match-ups, a new tournament to compete against a global stage of entrants.

A slight change to the tournament structure will occur to be more consistent with other styles. After a qualifier round, the teams will compete with each other until the champions round which will offer a tournament style elimination bracket.

There are some in-game improvements coming to help spectators to enjoy professional matches. Features include:

There's likely more to come, as well as more details from Riot about what's to come with the future of VALORANT eSports.

What are you looking forward to in VALORANT for 2022? Let us know on our Discord